Dan Carter, Global Director of Decarbonisation and New Energies, explains how Wood is leading the charge towards a net-zero future in this Upstream Head-to-Head feature by Amanda Battersby. 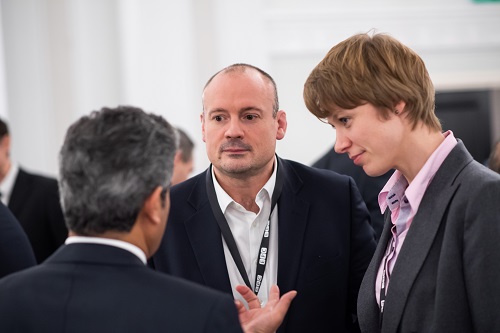 “We have a wide range of capabilities situated in various parts of our business…from carbon accounting and benchmarking, moving through to climate resilience studies and TCFD (taskforce for climate-related financial disclosure) analysis before you even start talking about technical and project solutions for delivery,” says Carter.

“These can be anything from low investment projects to improve energy efficiency or reducing flaring from existing assets, all the way through to large investments in carbon capture and storage or hydrogen.”

Wood is working on a number of projects and tenders supporting the energy transition, which Carter describes as “an adjacency” to the upstream sector.

“We’re still heavily involved in offshore projects and can help our clients with decarbonisation goals. Last year we completed a project at the Bouri gas field in the Mediterranean where we helped reduce flaring.  The modifications eradicated approximately 1% of global flaring emissions which is the equivalent of removing 4 million tonnes of CO2 from the atmosphere each year.

Wood is also engaged in the electrification of assets having supported state-owned Equinor with modifications to its Snorre and Gullfaks platforms offshore Norway to integrate the power supply from the Hywind Tampen floating wind project.

“That work is continuing to look at how we can increase efficiency and improve sustainability across the Snorre A and B, Visund, Grane and Martin Linge platforms,” he says.

Carter adds that Wood is seeing a lot of interest and opportunities in hydrogen, for example hydrogen production projects in Australia and for the export route for that hydrogen to be supplied into the Southeast Asian market.

“We’re also seeing a lot of larger organisations (understood to include national oil companies) look at how they reduce their carbon footprint in the [Southeast Asian] region.”

Carbon capture, utilisation and storage is seen as one of the key technology solutions to large-scale decarbonisation. Although CCUS mainly relies on amine-based absorption processes that in themselves are nothing new, Wood is working on a number of projects that would each take the scale of those processes beyond 1 million tonnes of CO2 captured annually.

Also, the company is involved with Summit Carbon Solutions in the US which will be the largest CO2 capture, transportation and sequestration project planned globally as of today.

Carter and his colleagues, such as the newly appointed Vice President of Hydrogen, Josh Carmichael, are heavily involved in the hydrogen space.

“Green hydrogen through electrolysis is an evolving technology.

“It’s probably less cost competitive in terms of production at the moment than traditional production of hydrogen from natural gas through steam methane reforming. But we expect costs to come down over the next decade or so as manufacturing capacity for the electrolysers increases significantly and so does the deployment of hydrogen,” he says.

“And to make sure we can deliver a market competitive and market leading technology in that space as well,” adds Carter.

One pertinent issue, he notes, is how Wood and its clients manage the technology risk around deploying decarbonisation solutions – and a lot of that comes down to “where is the funding going to come from?”

“Is it government, is it private equity, is it off balance sheet, is it a mixture of all three?”

Over the next three years, Wood plans to double client activity from the energy transition and renewables industries.

“We think that’s achievable based on the level of interest we’re seeing from the market.   For example, in hydrogen alone we predict more than $0.5bn worth of potential future projects coming to market in the medium term.”

Carter says that while Wood today has competencies in “most of the key areas”, the company will target increasing volumes of work from within the energy transition sector and new jobs will likely be created.

“What we need to build is capacity - capacity in terms of both new recruits into the business who have specific technology knowledge and also repurposing and training our existing engineering staff.”

Looking ahead, Carter does not rule out Wood acquiring niche players that could help strengthen its decarbonisation offerings.

“In terms of acquisitions, I can see areas where that could be beneficial and we have a strong track record in completing bolt-on acquisitions, but there isn’t anything in the immediate timeline,” he tells Upstream.

Carter has a Master’s degree in chemical and bioprocess engineering from the University of Wales and a Master of Business Administration from Warwick Business School. He is also a Fellow of the Institution of Chemical Engineers and a Chartered Engineer.

A chemical engineer by background, he joined Wood just over 20 years ago and spent much of that time working on the downstream side. 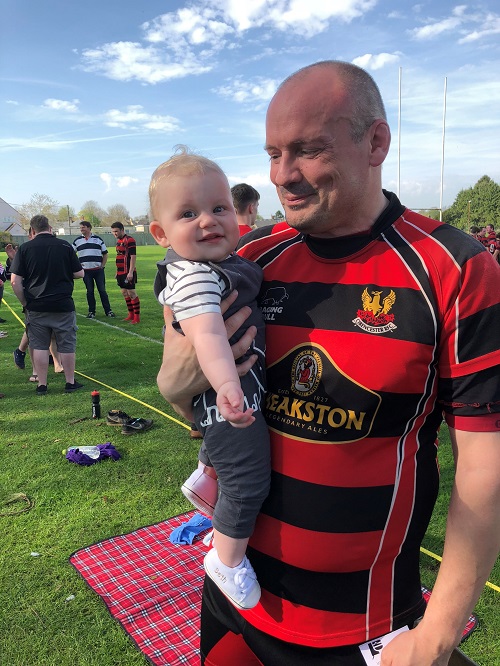 He previously ran its process consultancy business within Foster Wheeler, which later became Amec Foster Wheeler, before moving into a business development role early last year and then being appointed to his current post in April.

“As a leader in the energy industry, Dan’s in-depth expertise across the asset life cycle and his vision for industrial decarbonisation… will help our clients succeed in their journey to eliminate emissions,” says Andy Hemingway, President, Energy, Optimisation and Innovation at Wood.

Consultant Wood Mackenzie estimates the cost involved in hitting net zero targets globally to be between $30 trillion and $50 trillion – “a tremendous amount of money” - but that doesn’t necessarily mean companies will be massively out of pocket, explains Carter.

“Most of our clients that are embarking on this [decarbonisation] journey can still make improvements in energy efficiency, which will have a positive impact on their return on investment.”

Meanwhile, Wood has declared, as part of its sustainability goals, that it intends to reduce its own carbon footprint by 40% by 2030.

“That’s part of our own journey towards net zero but we’ve set that as an interim goal to make sure that we take immediate action to achieve those steps on a longer pathway towards that net zero ambition,” he says.

Carter is married with a young son, who is just about to turn four and starting school in September, which he says is “an exciting time” for the family.

Like his Kiwi namesake, the retired All Blacks legend, Wood’s Dan Carter enjoys a game of rugby.

“I’ve always been a keen rugby player. My wife would probably say I’ve retired but I think it’s an enforced retirement due to Covid and, come September, I might start playing again.”

You can read the full article, as well as other Head-to-Head features on Upstream Online.