Don't show this message again
Search all in one place
Article
It’s a wrap for the Million Makers Challenge
Published: 24 March 2022 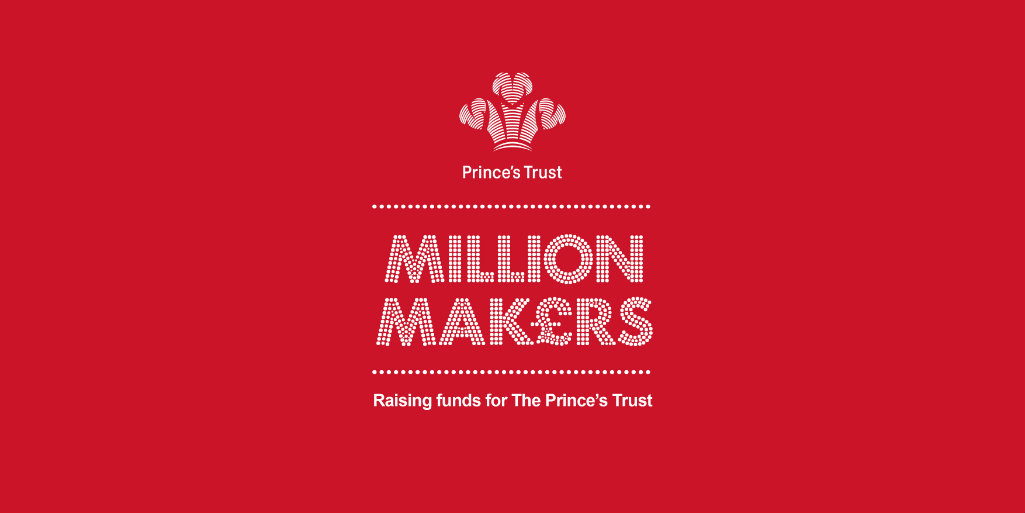 In July last year, two groups of Wood graduates from across the UK came together to take part in a six-month entrepreneurial challenge to raise money for the Prince’s Trust.

The Million Makers Challenge was a dragons’ den style fundraiser which saw teams of employees compete to turn up to £1,500 of seed funding into £10,000 or more for the charity.

Team Wood’s graduates from Aberdeen and Glasgow to Reading, Staines and Darlington came together to form two teams and recruited a community of colleagues, family and friends to participate in events and dig deep to raise a combined total of £30,504.65!

The Prince’s Trust aims to give every vulnerable young person the chance to embrace exciting career opportunities with the tools, support and confidence to support them on their journey to a career.

“An incredible effort has gone into the Million Makers Challenge, uniting Wood with the shared goal of making life better for young people” said Simon Harris, Vice President of Projects UK at Wood, and one of the sponsors of the challenge.  He continued: “The money raised will help realise the aspirations of young people, opening the door to their chosen profession through a 4-week skills course with job prospects at the end.  It will also provide those who wish to create their own business with advice on the next steps. Thanks to our teams of graduates who spearheaded this challenge to support this educational programme which helps vulnerable young people to achieve their career ambitions.”

Our two inspirational teams, Team Eleos and Team Energise, share how the Million Makers Challenge demonstrated the power of teamwork for remarkable results: 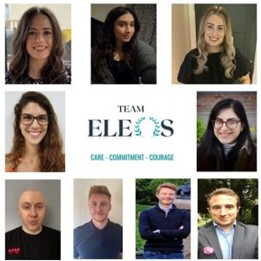 “Over the past six months we have connected with teammates across the business from Canada to Australia to ensure our fundraising initiatives, and the importance of the Princes’ Trust, reached our global colleagues. We are extremely proud of our achievements.

“The Million Makers campaign has been an amazing experience for our team. Although we have never met in person, we quickly became close and supported each other to reach our goals. Our team  all came from different parts of the business and across the UK, so the challenge has also been a great networking opportunity.

“We even had the chance to speak to each business unit lead about our initiatives and have developed a good relationship with each of them. We feel extremely lucky to have been given this opportunity to raise money for such an important cause and we raised more than £25,000. As part of the challenge I presented to senior management and in front of hundreds of colleagues during a town hall, and enjoy it! I would recommend the experience to anyone who might be interested in taking part in 2022.”

“We have pledged to raise awareness of Wood’s HEART (Harm Elimination and Recognition Tracker) card initiative and aimed to increase the number of Heart Cards submitted during the fundraising period. We relaunched Wood’s global HEART card  initiative. With offices and sites opening back up and it is important we remain committed to a safe working environment. We negotiated with each business unit lead who donated to the Princes’ Trust when we reached our agreed targets. 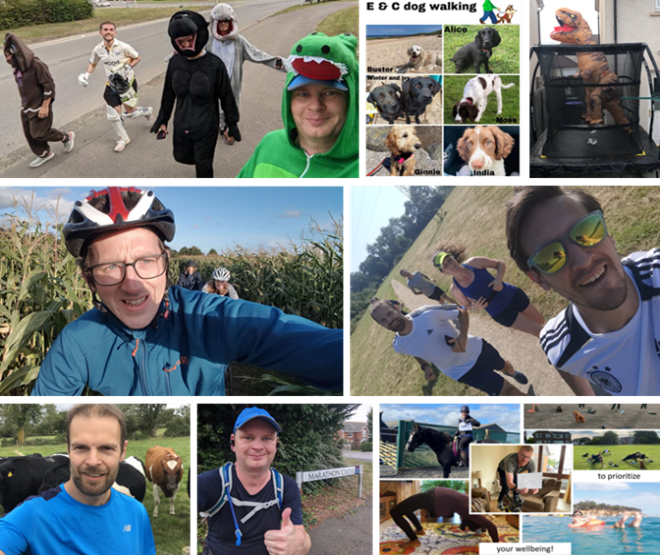 “We inspired 162 participants to compete against each other to win points for doing the most exercise.  A total of 4035 hours of exercise was recorded throughout the challenge.

“We arranged a 24-day challenge of weekly exercises to reach the goal of burning off 5000 calories, the average number of calories consumed on Christmas day.

We received sponsorships and donations for the Games and Christmas challenge.”

Claire continued: “A big thank you to everyone who supported us over the past six months - we really appreciate your enthusiasm for our events and generous donations that helped us smash our targets!” 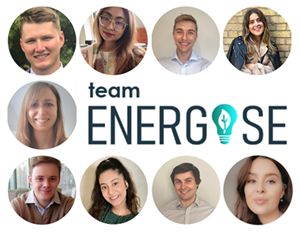 “We have been dedicated to running initiatives to allow every Wood employee across the globe to get involved, spread the word on the wonderful work of the Prince’s Trust and foster a healthy competitive spirit.

“Our team came from all over the UK and we are extremely grateful to have had the opportunity to raise more than £5000 for this great cause, while gaining new skills. I feel much more confident now having pushed myself outside of my comfort zone to reach out for donations and present our work in front of a large audience.”

“The Energy Transition Championship challenged participants to  exercise and convert calories burned to energy in kilowatts.

“We had 39 active participants, nine of which surpassed the ultimate 10 kWh – enough energy to power a house. One participant has even managed to generate 34 kWh.

“Collectively we generated 229 kWh which is enough to travel 804 miles in an electric car. That’s 70 miles shy of travelling through the two extremities of the UK (Northeast to Southwest).

“We will also be awarded prizes to those that generated the most kilowatts and those that managed to collect the most on the fundraising side.

Zahraa continued: “I would like to take this opportunity to thank everyone for their continuous support throughout the challenge and I’m looking forward to seeing how the funds we raised go towards helping young people reach their career goals.”

The Million Makers campaign culminated in a prestigious ceremony held in London, where all the teams could celebrate together and share in their success.

The combined total of money raised by the Million Makers team’s surpassed the million-pound mark, reaching £1.75 million for the Prince’s Trust.