Don't show this message again
Search all in one place
Article
Wood powers the discussion to create a low-carbon future
Published: 20 December 2021

Wood recently hosted a roundtable with leading industry stakeholders to debate how the Middle East can leverage its natural resources to spur global decarbonisation.

At the strategic event in Abu Dhabi, thought leaders discussed the need for multiple transitions across a range of organisations, industries and geographies, to achieve a net-zero world.

Sean Evers, Managing Partner at Gulf Intelligence, and the moderator of the session, said:

“It is critically important that business leaders take the opportunity at these very large exhibitions like ADIPEC to carve out quiet moments to exchange knowledge and insights on timely and relevant developments that impact all in their sector. It is hard to identify anything more pressing than building viable pathways to a low-carbon future.” 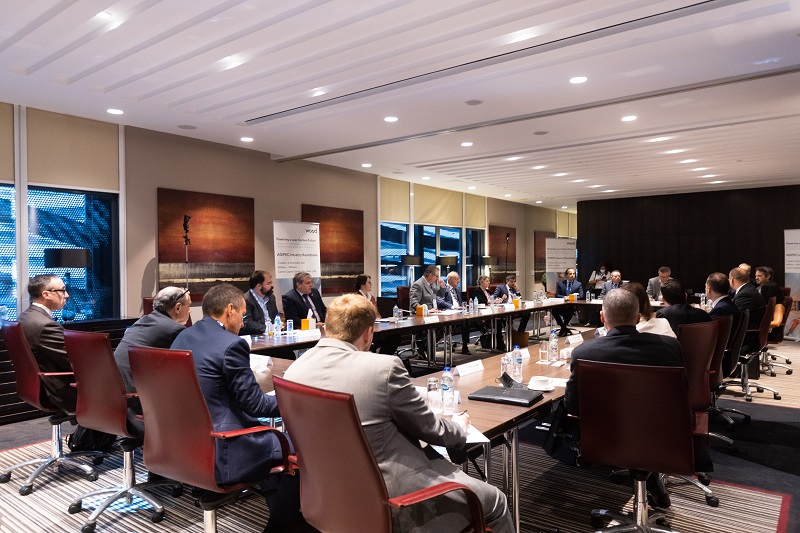 The impact of the recent COP26 conference in Glasgow was also discussed as well as the route to COP28, confirmed to be hosted by the UAE.

“Following on from the two weeks of COP26, ADIPEC, and the opportunity to host this strategic roundtable discussion, came at a pivotal time for energy companies across the Middle East. By leveraging its decades of global leadership in fossil fuel markets, the Middle East will remain the epicentre of energy resources on a global scale as the industry transforms to more sustainable production of oil & gas as part of a lower-carbon future and the overall journey to net-zero”.

Wood recently joined the Hydrogen Council, a global CEO-led initiative with a long-term vision to develop the hydrogen economy, as a steering member alongside other key industry leaders such as ADNOC, Saudi Aramco and Siemens Energy. Daria Nochevnik, Director for Policy and Partnerships at the Hydrogen Council, reflected on Wood’s strategic discussion by saying:

“It was a very timely discussion among the industry leaders exploring how the development of the hydrogen economy can foster the clean energy transition in the Middle East and deliver societal benefits to local communities. Synchronising the industry’s efforts in delivering clean hydrogen solutions in the region and policymakers’ work on creating the enabling regulatory framework for hydrogen is a key priority. The Hydrogen Council look forward to working with governments and key players in the energy industry across the region to unlock the full potential of hydrogen.”

The output of the roundtable discussion is being collated into a Whitepaper which will be released early next year.

Wood in the Middle East:

Wood has worked successfully in the Middle East for more than 70 years and support for in-county events signals Wood’s commitment to the region. The company recently announced it will be an Official Partner of the UK pavilion at Expo 2020 Dubai.

Team Wood works closely with clients in the early conceptual design and engineering of many new downstream facilities in the UAE, Kuwait, Oman and Saudi Arabia. Currently, the team are executing the Pre Front-End Engineering and Design (Pre-FEED) for a blue ammonia project, and six additional TA’ZIZ chemicals projects for ADNOC, which will be developed at the new industrial ecosystem and chemicals hub in Ruwais. Wood is committed to growing its business in the Middle East for the long-term and is well positioned to support the nation’s ambitious and world-leading sustainability goals. Read more on how Wood sees the Middle East creating a sustainable future from our decarbonisation expert, Dan Carter, here.