Last week Wood’s Executive President for Strategy & Development, Andrew Stewart, was a speaker at the Australian Financial Review’s Energy & Climate Summit where he highlighted practical, near-term opportunities for decarbonisation that will enable  a smooth transition to a less carbon intensive energy system and to cleaner industrial processes. In our latest blog he shares his thoughts from the event, in particular, the opportunity of making, moving, and using hydrogen.

While Australia’s federal government hasdecided not to extend its renewable energy targets (previously 20% by 2020) or emission goals, as of July 2020, Australia does have a quasi-net zero target since every single state and territory has a formal ambition to reach net zero by 2050.

But the unstoppable momentum behind energy transition is now being propelled by markets not just policy. Over 170 multinational companies have committed to reach net zero carbon emissions by 2050 through the UN ‘Business Ambition for 1.5°C’ campaign with countless more, like Australia’s BHP, making their own Net Zero commitments outside of this initiative.

Commitments of this nature have risen exponentially after initial sluggish progress in the first five years since the Paris Agreement.

Action by business has been prompted by an increased focus on Environmental, Sustainability and Governance (ESG) performance and investor pressure.  In addition, carbon pricing and the need to preserve reputations and licenses to operate have shifted the responsibility of emissions to operators and owners of emitting assets.

Carbon intensive industries such as mining, oil and gas and industrial process are responsible for 55% of global greenhouse gas emissions. In a publication last year, a UK survey suggested 95% of fund managers saw international oil companies that do not respond to climate change-related risks as unattractive investments[i].

For decades, Australia has thrived in the global energy supply through its coal and LNG exports which have supported the world’s energy needs. Australia’s role in the future energy supply however is under question. Buyers are reducing their requirements for Australian coal and it remains uncertain if Australian LNG production can be competitive with low cost producers Qatar or new supply from Russia, the USA or Mozambique.

How does Australia protect its balance of payments, keep a productive workforce, support a smooth transition to cleaner energy and industrial models, while also responding to rising energy demand?

Enter hydrogen –the clean molecule that offers the potential to bridge the gap electrification alone cannot.

Clean hydrogen’s value chain has no shortage of complexities, but its development could enhance Australia's energy security, create jobs, and build a billion-dollar export industry.

Significant Asian economies like Japan, China and South Korea have already focused their ambitions on hydrogen as a clean energy source[ii] and all have adopted net zero emission targets by 2050 or 2060.

Australia however has major potential to produce and export hydrogen to these near markets. In the near-term, Australia can leverage its natural gas reserves and its experience in developing necessary infrastructure to support the development of blue hydrogen production and export infrastructure.

Take the Gippsland basin in the east for example, where conventional onshore gas production could provide feedstock for hydrogen production facilities close to CO2 storage sites and existing infrastructure, for example in the Bass Strait[iii]. Not to mention value captured locally in a post-COVID recovery supporting displaced coal workers.

In the longer-term, Australia is in a prime position to lead the production of green hydrogen. With land availability and access to almost unlimited renewable energy (solar and wind), Australia has the potential to become a world scale source of competitive green hydrogen. Hydrogen production through electrolysis is becoming increasingly viable with falling costs of renewable power. Electrolyser development is scaling up, from megawatt to gigawatt scale although exponential growth is from a very low base[iv], progress is gradual and cost competitiveness may take some time to achieve. Hydrogen production through electrolysis will be unable to support significant energy demand growth in the short-term.

Wood has been producing hydrogen for over 60 years, with our proven technology deployed around the world. Now we are advancing clean production by combining our technology with our carbon capture expertise, as well as replacing hydrocarbon feedstock with bio-feedstock offering carbon negative opportunities.

In a complex system, the value of hydrogen comes not just in its abundance, but also the ability to produce (or isolate) it and its environmental credentials. Its true value is in its versatility, making it, moving it, and using it. That is why we have also been advancing export solutions, particularly leveraging our expertise in LNG cryogenic pipelines, where we can eliminate the large capital costs of new port development. With drive to make a different, Wood is also a participant in Australia’s Future Energy Export Cooperative Research Centre.

I was reminded recently in my colleague Kate Matison’s blog of economist Ross Garnaut’s proclamation: “Australia has the potential to be an economic superpower of the future post-carbon world”. Unlocking the opportunity of making, moving, and using hydrogen is in our grasp, but the economic and commercial case, innovation and pace are required to make it true. 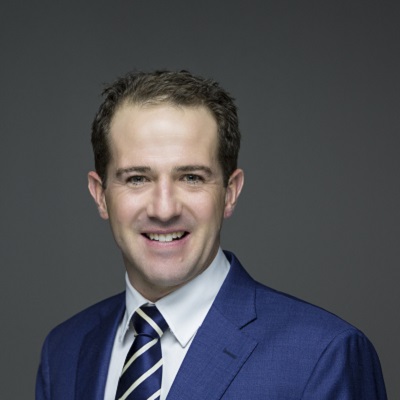 Since joining the company in 2009 years ago, Andrew’s primary responsibility has been to make sure Wood remains relevant in a rapidly evolving world ─ meeting the world’s energy and built environment needs while also leaving behind a cleaner planet. Prior to his current role, Andrew lived and worked throughout Europe, India, Australia and served as CEO of Wood in the Americas. While residing in Houston, Texas, he was responsible for over 18,000 employees and facilitated $4 billion in annual revenue.